Be in the know on what's happening in the Park Rapids Lakes Area. Search by categories and interests to customize events on the calendar.

Harps & Chords - Harps & Chords is an emerging new duo from New York City featuring Harpist Jacqueline Kerrod and Vocalist Daisy Press.  Performing contemporary and popular music from various decades, they have created a strong following for their intimate yet energetic performances.  Both Daisy and Jacki have ranging backgrounds and performance experience having played at such venues as Brooklyn's House of Yes, Carnegie Hall, Lincoln Center, Radio City Music Hall, Joe's Pub, Birdland and many others both in the U.S. and abroad. 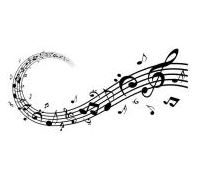